Julie one more time for the CSFF Blog Tour!

So one tidbit I came across is that Donita K. Paul mentioned on her page that Bixby had a board on Pinterest. OK, more accurately, she had a board for Bixby, but still. The pages and pages of clothing and tiaras that Bixby might wear seem every bit as exhaustive as the magical hampers of clothing she keeps stowed on her person. No wonder her clothing felt so "real"!

Here are 5 things that surprised me about Bixby's "collection":

Here are the other blog tour participants!

*In conjunction with the CSFF Blog Tour, I received a free copy of this book.
Posted by Julie Bihn at 8:00 AM 4 comments

Another book review by Julie, for the CSFF Blog Tour! 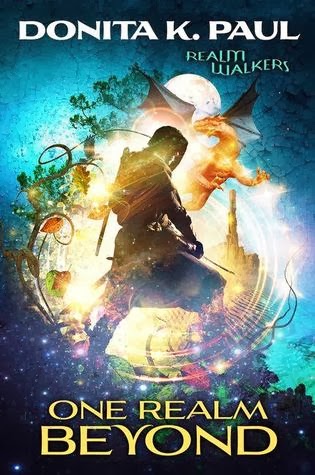 Book: One Realm Beyond by Donita K. Paul.


Ridiculously simplified summary: Cantor D'Ahma starts his journey to become a realm-walker, someone who can travel through portals between the stack of realms in his universe. When attempting to find a mor dragon "constant" to accompany him on his journeys, he meets Bridger, a clumsy dragon who insists the two are destined to be partners. As he attempts to evade his would-be constant, Cantor finds other companions, such as Bixby, a diminutive, multi-talented girl with a love of fashion.

Unfortunately, the Realm Walkers Guild has become corrupt and treacherous. Will Cantor and his friends be able to overcome?

Content: Substantial references to God ("Primen") and even what is in effect an angel (and maybe my favorite fantasy presentation of one yet). Spiritual threads throughout, and I thought they were handled very well. There is some violence, though it's never glorified, and very minor hints of romance.

Characters - 8 out of 10. I didn't find Cantor to be particularly interesting, perhaps because he is a novice surrounded by a cast of such entertaining characters who are (for the most part) capable. Bridger the dragon quickly grew on me and the precocious Bixby is delightful. Another dragon, Totobee-Rodolow, entertained me quite a bit, no matter how many times she said "darling." I am not particularly girly and I don't think that girls (or boys) need to fit neatly into traditional roles, but it's strangely refreshing to see capable women who have a couple stereotypically "feminine" traits like a love of shopping and fashion.

I also felt like Cantor's level of annoyance with Bridger was well out of proportion with Bridger's actions, which made it hard for me to like him. I know it's a completely legitimate technique to have a character start out with bad traits and then grow, but I never liked it. (He does get a super-cool talent later in the book though, and I'm hoping to see him grow.)

Suspense/stakes - 3 out of 5. It was page 63 before the story grabbed me (that's when Bixby appears, if you were keeping count). It's very, very difficult for me to get into a story where the main character isn't having meaningful interactions with others, so Bixby was definitely a welcome addition.

Overall, I was kind of fuzzy on what the stakes were. Cantor wanted to be a realm walker, but he can already go through portals, so I didn't get a sense on what he "needed" to do until his training actually starts, and there are a lot of obstacles before he gets there. It was only in the last 100 pages or so when an acute, urgent problem (more than "corruption") came up to be solved. I would have preferred if the tension could have been stretched farther.

World building - 4 out of 5. There are some really interesting ideas here, including the idea of several flat "realms" in one stack, with people being able to travel between them through portals. (Brock Eastman has a good interview with Mrs. Paul about the world building.) The technologies such as "hampers" were delightful--I don't think a fantasy is much fun if it doesn't have something in it that a reader thinks would be fun to do or to have.

Writing/editing - 4 out of 5. I noticed what struck me as a few typos, mostly about midway through, like "eves of the house" and at one point a character says "What" with no punctuation anywhere at the end of the sentence/paragraph. Of course, any errors that slipped through the editor were balanced by some great turns of phrases.


Cantor led the way through the maze of corridors, alleys, and streets inside the barracks. It reminded him of a rabbit warren. Right. A rabbit warren with evil bunnies. (p. 126)

(Actually, did you know Napoleon was once attacked by rabbits? Not evil ones, but still.)

There are some excellent descriptions when Important Dramatic Happen at the end, too. You'll know them when you get there.

Clarity - 3 out of 5. There were good details about food and some architecture, but for whatever reason, I never got a great sense of the realms' technology levels or social structures. That could be a problem of how many realms exist, or maybe even "spillover" that realm walkers would cause by traveling between realms, perhaps bringing technologies and fashions. There are details that are excellent, but for whatever reason I struggled with the big picture. And actually, I couldn't even easily picture how large the mor dragons were. (Although in my defense, they are not only shape-shifters, but size-shifters. Maybe the reader was meant to come up with their own picture.)

Plausibility/believability - 3 out of 5. This is tricky because it's fantasy. OK, I don't think the idea of stacks of realms holds up to physics, but I don't think it's meant to. I believe it for this world, and that's fine.

Other aspects strained my belief a little, though. For instance, I don't feel like it was explained why a human needed a mor dragon constant (as opposed to some other creature, another human, etc.). I know that the heroes of old did it, and of course Mrs. Paul (and many others) love dragons, so fair enough, but to me, it didn't feel like it was an organic choice. Likewise, there was a scene where a character is put into peril of being crushed by a mor dragon, because they expand when they are asleep--but I don't recall being told about them expanding beforehand, so it seemed kind of out of the blue to me, that the dragons would get bigger as they slept.

Positive - 3 out of 5. I don't think I can say much about this without going into spoiler territory. Though I can say that I like my books to end with all the characters happy and since this is a series, that doesn't happen. But the characters also keep their faith in Primen.

Gut reaction - 4 out of 5. To me, the characters carry the story, and there was some delightful whimsy. I read that Mrs. Paul had some serious challenges with writing Book 2 (see the aforementioned interview by Brock Eastman); I pray that her works come together well. There's a lot of potential in this series.

Recommended for: Fans of fantasy, dragons and light political intrigue.

Here are the other blog tour participants!

*In conjunction with the CSFF Blog Tour, I received a free copy of this book.
Posted by Julie Bihn at 8:00 AM 4 comments

Secret Confessions about Fantasy - One Realm Beyond by Donita K. Paul


This month's book is One Realm Beyond by Donita K. Paul. (I got a late start reading, so the review is coming Tuesday or Wednesday.)

I've read several books by Mrs. Paul (see my review of Two Tickets to the Christmas Ball). I enjoyed them all, in spite of two biases I have. Now, given this is the Christian Science Fiction and FANTASY tour, these biases are a deep dark secret...but I thought it was fair to share them, in light of the subject matter of Mrs. Paul's works.
I probably got these biases against those fantasy mainstays from my mom, who doesn't like or "get" fantasy (she hasn't even read my novel). In high school, she also forbid me from reading a secular fantasy series, Piers Anthony's Xanth series, which my then-best friend adored. This was before the Internet was the resource it is now, so to the best of my knowledge my mom wasn't basing the ban on anything she knew about the particular series, except that it was "fantasy" and she thought "fantasy" was bad. (I eventually argued her into allowing me to read them, but afterwards I never read a single one; I just didn't like the idea of a blanket ban on reading a series. Though the more I hear about Xanth, the more I'm glad I never read it.)

I know from reading several other books by Mrs. Paul that her wizards tend to be using science/etc. and of course her dragons aren't evil. In some ways, she reminds me of C.S. Lewis, taking mythology and redeeming it for Christ.

(One Realm Beyond also features a large group of characters in a line, each touching the person ahead of them, and going through a portal, just like in Prince Caspian from Lewis' Narnia series. That was either a homage or else an unbelievable coincidence.)

Do you have any speculative mainstays that you're biased against?


Here are the other blog tour participants!

*In conjunction with the CSFF Blog Tour, I received a free copy of this book.
Posted by Julie Bihn at 8:00 AM 12 comments